Home
Products
About Us
Factory Tour
Quality Control
Contact Us

The Brinell hardness testing creates the largest indentation comparing all other hardness testing methods. It is able to reflect the comprehensive features of the material, and is unaffected by the microstructure and inhomogeneous of the specimen. So it with high precision and widely used in industry such as metallurgy, forging, casting, unhardened steel and nonferrous metals, as well as in the laboratories, universities , and scientific research institutes.

Specification:
Innovative closed-loop technology. The tester incorporates the latest load cell technology. The test load is applied via a closed-loop control unit with a load cell, a DC motor and an electronic measurement and control unit. The result is highly accurate measurements at all test loads up to 0.5%. The common load overshoot or undershoot as known from traditional dead weight, or open-loop, systems is eliminated. The absence of mechanical weights not only eliminates friction problems but also makes the equipment less sensitive to misalignments caused by vibrations.

The whole weight of the tester is 50% less than the traditional dead weights type tester.
Test load selection by keyboard and LCD screen. No need of handling heavy weights or cleaning the messy oil.

The directions for 0.102F/D2 ratios selecting according to the materials and hardness range can be showing on the screen. 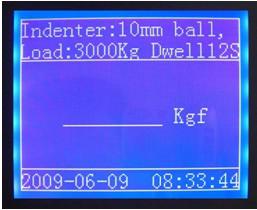 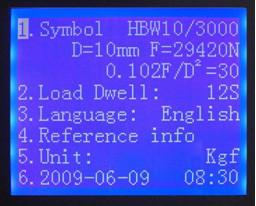 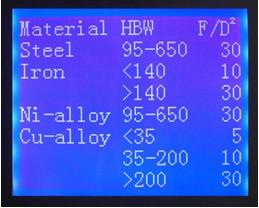 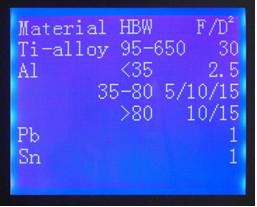 Equipped with the special Brinell indention measure system which can measure the Brinell indention accurately, quickly, reliably. It is a new measuring method by using CCD camera to capture the indention image, instead of reading diameter from optical microscope by operator then calculating the test value.
The BH-3000T tester can connect any PC with USB port and runing the SPC software, then the special software supplying simplest operation as following. 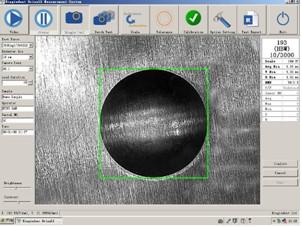 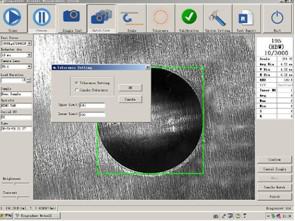 Both single testing and batch testing mode are available
Tolerance setting, distinguishing and alarming
Statistics values such as Max, Min, Avg, R and S are available
Convert test result to other scales, such as HRC,HRB,HRA,HV,ｍb 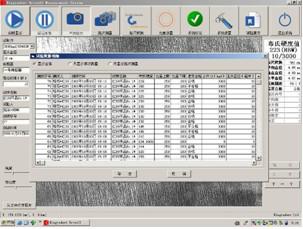 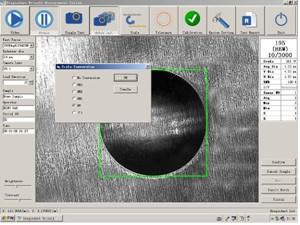 All test results and indention images are saved automatically
Test report created in Microsoft EXCEL format, can be edit, copy, print as you will
Software update freely